Home Citizenship Engagement Opinion: Is David Aderinokun a breath of fresh air or a false... 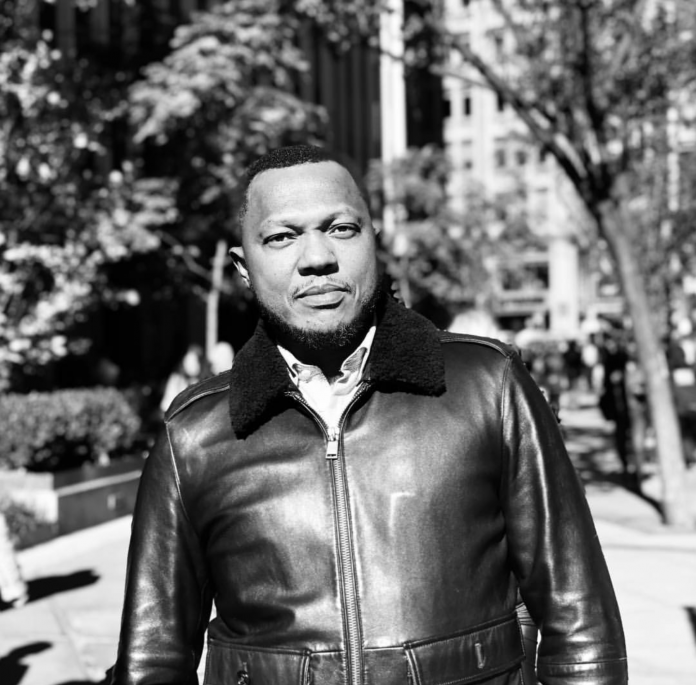 Given Nigeria’s history of military rule, the transition to democracy is one of the more interesting subjects to observe.

With more than two decades of military rule, many Nigerians had become used to the idea that the job description that matters the most is that of the Head Of state and President. It explains why, despite our federal structure, we still have an inordinate amount of power and responsibility concentrated in the center.

In elections and the run up to elections, this penchant to only focus on our President and governors has ensured that only Presidential and Gubernatorial elections are keenly monitored and analysed.

The same vigor is usually absent in elections to Nigeria’s legislature. To understand just how dire our collective lack of interest in legislative elections are, ask the average Nigerian who their representatives at the Senate or House of Representatives are.

Yet, separation of powers and the legislature’s law making functions mean that an effectively run government must have legislative houses that are a true reflection of the voices of the people.

At the Federal levels, new names are hard to come by as our Senate is filled with several ex-governors as well as long term legislators (Career Legislators). Yet, very few constituents understand what their representatives stand for and how these ideologies or leanings translate practically into a better life for them.

It is unfair to have a discourse on legislative accountability without mentioning TrackaNG, an NGO committed to holding legislators accountable; it is just the first step in shining the spotlight on an important arm of government.

One of the more visible entrants to the Nigeria’s legislative arena is David Aderinokun Olumide, the flag bearer for the Peoples Democratic Party (PDP) for the Abeokuta North/Odeda/Obafemi-OwodeFederal constituency.

He is immediately visible as a result of publishing his “Beyond 2019; My Roadmap”, an ambitious document in which he maps out his plans for his constituents and his constituency should he be elected into the House of Representatives.

To this end, it became immediately apparent that there was a need to critique this document as well as put a spotlight on his campaign efforts. His Roadmap tells us in an excerpt:

“I plan to improve the lives of those in my constituent in three ways; by creating wealth and opportunities, by improving access to education, improving access to Primary Healthcare with focus on women and children and providing care for the old and vulnerable.”

He touches on the need for wealth creation in a nation which has recently become the poverty capital of the world and alludes to a number of constituency projects which will be aimed at generating wealth for his constituents. He, however, falls short of mentioning exactly what projects he will look to implement.

Thankfully, his thoughts on education are a lot clearer and it is here he catches my interest; he talks on the need to pass legislation which will improve access to primary education as well as improve the quality of education. Primary education which falls under the purview of state government receives very little attention compared to secondary and tertiary education.

The only attention primary education has received under the current administration is the school feeding program for students in Primary 1-3. Critics have repeatedly said that the policy has had very little impact in boosting enrolment figures. One can only hope to see David Aderinokun put forward actual policies that address these issues.

While Nigeria’s health sector remains bogged by underfunding, Primary Healthcare centers help to bridge the gap at the grassroots. This is another prong of David Aderinokun’s campaign.

According to his roadmap, ” I will prioritise overhauling of the Primary healthcare facilities, implement policies that reduce maternal and infant mortality, work towards the provision of free Primary healthcare for my constituents, collaborate with International agencies like the World Health Organization (WHO) to donate to our Health Centers Malaria drugs, insecticide-treated nets, sanitary pads which would be free for secondary school students in the constituency, amidst others. I’ll also lobby the Federal and State Governments to situate a fully functional state of the art General or Teaching Hospital in the Constituency for benefit of my Constituents.”

His roadmap ends with a mention of a demographic Nigeria hardly caters to; the old as he talks about policies to help the some of the most vulnerable members of society.

While it is all well and good to put your roadmaps on the internet, many concede that “elections in Nigeria are not won on social media”. It is therefore interesting to see that David Aderinokun has hit the ground, meeting with his constituents as well as members of his ward.

He has also made the rounds in visiting some traditional rulers within his constituency and one can only hope that they put their prospective representative on the spot and ask him the hardquestions.

Come what may, it is interesting to see a new face in the legislative ring and one can hope that by running a good and issue based campaign, David Aderinokun will provide a veritable example of why young people should run. 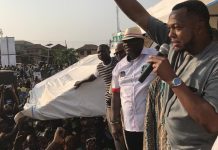 Aderinokun meets constituents as he begins campaign for 2019 election