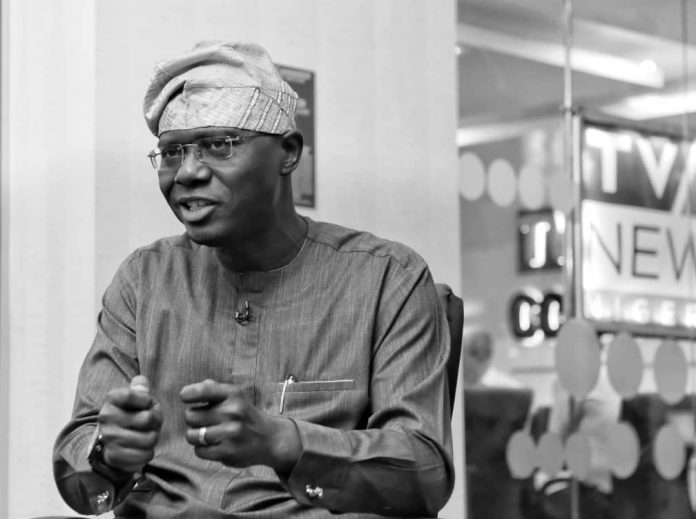 2019 Lagos governorship All Progressive Congress (APC) candidate, Babajide Sanwo-Olu has said the traffic situation in Lagos will be a thing of the past if he becomes governor.

He said this on Channels TVs’ Sunrise Daily on Wednesday, December 12, saying he understands that for a couple of months now, traffic has been a serious problem and he aims to solve that problem.

Also, among the five things he listed to include traffic management and transportation; health and environment; education and technology; tourism and entertainment; making Lagos a 21st century destination, as his priorities, he said investing in technology will be top priority as that is what drives the economy.

“On technology, I understand the transformative power of technology. Technology will improve the rule of law, education, ease of doing business, government processes.

“Technology will shorten the time required for the private sector to get approvals. Giving Entrepreneurs and SMEs the opportunity to thrive leading to more jobs and more public-private sector partnerships.”

Meanwhile, the APC candidate has asked the People’s Democratic Party (PDP) governorship candidate, Olujimi Agbaje, to exhibit a high level of decorum and not resort to lies and or insults – during this campaign season.

He said this in a statement on Wednesday.

“Fellow Lagosians, my opponent, Mr. Jimi Agbaje had a tweet storm yesterday night where he attempted, though in a very poor manner, to join issues with me on my appearance on TVC yesterday morning.

“My initial reaction was to ignore him. In this campaign season, it behoves on anyone seeking to be governor of Lagos to have an elevated mind. As leaders, we should place a high premium on civility and imbibe a high level of decorum in a period like this as example to our followers.

“Our campaign should be about important issues that affect the lives of our people; what we are bringing to the table to make life more meaningful to Lagosians.

“Again, let us take the campaign away from the gutters. Let’s make it about issues that will make life more abundant for Lagosians.

“The election will be about who has the best plan to continue with the progressive and developmental agenda of Lagos that started since 1999.

“Lagos is a work in progress. In my published interviews in major newspapers this past Sunday. I was clear when I said Mr. Agbaje is my egbon. He is older than me . There is a level of decency that is expected of an elder.”