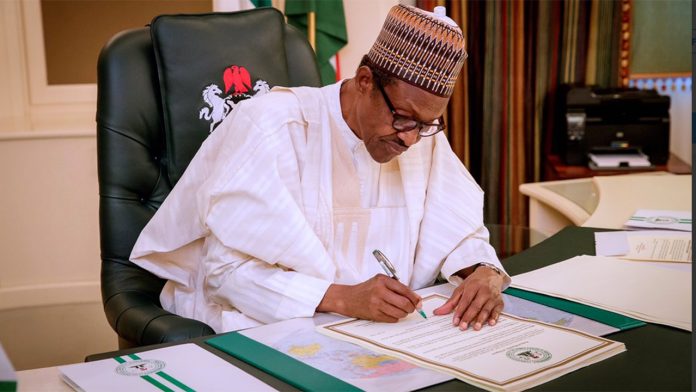 The Petroleum Act 1969 (as amended ) gives full authority or discretion to the minister of petroleum to grant licenses for the exploration, prospecting, and mining of oil, and empowers the president to “cause the farm out of a marginal field If it had been left unattended for a period of not less than 10 years from the date of its first discovery.”

Unlike other countries where the management of oil resources are transparent, there are no legally mandated processes or oversight mechanisms for the allocation of blocks or marginal fields in Nigeria.

Due to the discretional powers given to the President and Minister of Petroleum in the Petroleum act, Oil licenses are perceived as the biggest reward for political patronage in Nigeria, with many oil blocks now owned by politicians, ex military rulers and government cronies.

A report by the Natural Resource Governance Institute (NRGI) in 2017, stated treat the weakest link in the nation’s oil and gas industry, especially in terms of value addition, is in the area of licensing. Only 30% of the previously allocated oilfields (oil blocks) have reached commercial production.

The last bid round for marginal fields was held fourteen years ago with 24 fields awarded to 31 indigenous companies. A marginal field is any field that has reserves booked and reported annually to the DPR and has remained unproductive for 10 years.

The Obasanjo administration tried to increase the nation’s oil reserves and production capacity from 2.5m barrels per day (bpd) to four million barrels per day (bpd) and one of the first things they did was to hold licensing rounds. Four licensing rounds were held during his administration- in 2000, 2005, 2006 and 2007, they were marred with controversies and several short comings.

The timing of the 2007 round- just two weeks before a change of government scared investors off who feared the new administration might reverse some of the deals, coupled with the perception in some quarters that it was the last chance for Obasanjo to favor some people.

The 2005 round attracted huge bids from unknown firms that didn’t pay up, while that of 2006 caused a scandal after a block left unclaimed at an auction was later awarded in private to an unknown firm that sold it on for $35m.

Out of the 24 marginal fields awarded in 2003, only eight are currently producing, according to the Department of Petroleum resources. The DPR also stated that 76 out of the 77 oil blocks awarded in 2005, 2006 and 2007 rounds were largely dormant.

In a Chatham house report titled ‘Thirst for African Oil: Asian National Oil Companies in Nigeria and Angola’ it was revealed that the 2006 bidding list included indigenous consortia with little or no experience in the oil industry, such as Transcorp in which the President was rumored to have had shares.

The report stated that Taiwan’s Chinese Petroleum Corporation was in a joint venture with Starcrest Nigeria Energy, which was only registered just days before the round without history and credibility as an oil company. Due- diligence investigation showed that Starcrest was owned by businessman Emeka Offor, while the LCV on the block was given to Shorebeach Nigeria, a company co-owned by Offor and Emmanuel Ojie.

President Umaru Musa Yar’Adua, whose administration revoked some of these blocks died after a long illness that dampened his effort to restructure the industry.

In November, 2013 President Goodluck Jonathan launched a marginal bid round with 31 fields up for grabs. The DPR stated that the process would commence in December 2013 and end in April 2014. The round was highly anticipated but it failed to come on stream without any official reason.

The biggest obstacle to reform in the licensing process is President Muhammadu Buhari’s failure to sign the Petroleum Industrial Governance Bill, after 17 years in the National assembly, the Bukola Saraki-led 8th Senate finally took the bull by its horn and delivered a promise by passing the PIGB.

President Buhari named himself as the Minister of Petroleum resources so as to control the discretionary powers involved with the allocation of oil licenses, the President complained that signing the PIGB will whittle down his powers and he has since renewed a license for Seplat limited without any official bid round and the Minister of state for Petroleum just announced a bid round just before elections.

How will PIGB solve the corruption and opacity involved in licensing? The PIGB looks to create a new regulatory body called the Nigerian Petroleum Regulatory Commission (NPRC) that will serve as the umbrella supervisory body for the Nigeria Oil and Gas industry.

The NPRC will replace the Petroluem Products Pricing Regulatory Agency (PPPRA) and Department of Petroluem Resources (DPR) and collapse them into one body since they currently have a huge overlap in duties, creating too many red tapes and bureaucratic problems, the PIGB will solve this issue.

The Minister of Petroleum resources will no longer be allowed to issue oil licenses at will, as the minister will answer to the NPRC that will be governed by a 9 man board with a fixed tenure. The NPRC will hold licensing rounds and supervise the entire industry.

This new agency will be funded from the appropriation act through the National Assembly. President Buhari is withholding his assent to this bill that will open up the licensing process in the Oil sector.

According to the US Energy Information Administration, Nigeria is losing $15bn every year from our failure to sign the Petroleum industrial bills into law.

As elections approach, it is important for Nigerians to understand how this opaque licensing process affects our every day life and creates an avenue for corruption in the country’s top revenue earner.