Home Election Amaechi’s vote of no confidence on Buhari: The implications and consequences 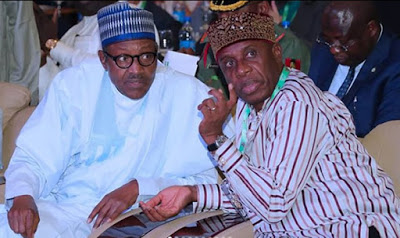 With the undenied serial revelations of the alleged private opinions of the Director General of the Buhari Presidential Campaign Organisation, Rt. Hon. Rotimi Chibuike Amaechi, Nigeria’s Minister for Transportation and self-styled dictatorial leader of the Rivers State Chapter of the All Progressives Congress, it has become clear that embattled Candidate Buhari, seeking re-election for the office of the President of Nigeria under the APC does not only lack the support of the majority of Nigerians as prevailing evidence shows, but has suffered a nervous-breaking vote of no confidence by his campaign organisation as revealed by its DG in the various audio files now in public circulation.

What this implies is that, as DG-Amaechi leads the Buhari Campaign organisation across Nigeria seeking to sell APC’s Presidential candidate and secure the support of Nigerians for his re-election, they would be doing so knowing that the candidate lacks the requisite leadership competence to administer Nigeria’s national government or deliver on their promises, as has been seen in the last 3 years. The DG was quoted to have said the President does not read and does not care probably about repercussions or the consequences of his poor performance in government. In an extended version of the audio, the Director General of the Buhari Campaign reeled out all those bedeviled by the misgovernance of the Buhari era and derided the current bad state of the economy, which has now been adjudged the World Capital of Poverty.

Amaechi’s prescribed solution to the problems of Nigeria, which he describes as hopeless and helpless, according to the leaked audio is to kill all Nigerians. It is beyond being shocking that this is the thinking of someone who has had long years of leadership exposure both locally and nationally in government.

What these shocking revelations imply is that the current national drivers of Nigeria are admittedly hopeless, helpless and clueless as to how to turn the fortune of the country around for the best. It is no wonder things are at their very worst under them. From security to the economy and corruption, which were their major campaign points in the 2015 General Elections, in addition to many fancy promises that have virtually failed to see the light of day, the APC has left Nigeria worse than they met it and do not have a solution to the myriad of problems bedeviling the nation.

National statistics show unprecedented rates of joblessness, inter-ethnic and ethno-religious killings within the country, fallen standard of education and poor working conditions for those who manage to have one. For instance, Youth unemployment which the Jonathan government reduced to a single digit of 8.05% as at 2015 has nearly doubled to a whooping double digit of 13.41% as at 2017. In 2015 inflation rate was at a single digit of 9%, in 2017 it was at 16.5%. In 2015, our national debt in relation to our GDP was 15.98%. In 2018, it was 24.77%.

Things have definitely gone worse. Yet, the President has been said not to be peeved by these shocking data by the very man that leads his campaign organisation. If the President won’t care about the bad state of things, we Nigerians must, and by that, take our destiny in our hands.

Given the damning admittance of the President’s lack of capacity to administer governance, something most Nigerians have known for a while, but which his own campaign organisation, by the undenied words of its Director General as heard across social media and read in the mainstream media, has now confirmed, it is crystal clear that President Buhari does not deserve the support of the majority of Nigerians and in fact should be widely rejected to enable the country make true progress.

Nothing short of this, should be the result of the mind boggling but bold and daring admission of Buhari’s Campaign DG on Buhari’s widely acknowledged incompetence. It is in Nigeria’s best interest to vote this team out, having woefully failed on all their promises and respectfully acknowledged it. Since no one forced the Campaign DG to make the confessions, it should be seen as his own patriotic contribution to national development.

Ilemona Onoja is a commercial solicitor who lives and works in Abuja. He is passionate about the socio-economic growth of Nigeria & is on Twitter as @i_am_Ilemona