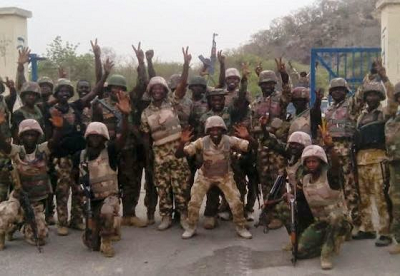 Insecurity is now a major issue in the country. It is as real as every other challenge that hinders the progress of the country, and a few years back, it was never a campaign currency.

Although there is no doubting the fact that there were occasional outbursts caused by the nature of our political arrangement, the usual struggle for power by the various groups that make up the Nigerian state, clashes between groups on matters related to religion as well as perceived marginalisation by sections of the country, which have often led to occasional agitations in the form of violent protests and vandalisation of state properties, just to call the attention of government to the challenges faced by such group.

Nigeria’s structural arrangement is a critical security issue and if not attended to may lead to its implosion.

This situation became real in 2002 when the Boko Haram sect surfaced. Even then, they were just a radical Islamic group which posed no immediate threat to the state. During the same period, militancy in the Niger Delta region took a violent form as the agitators took their war to the doorsteps of the oil companies, kidnapping their workers while blowing up pipelines.

Before the return to democracy in 1999, kidnapping was unheard of, and tales of terrorists and suicide bombers were nonexistent. The Niger Delta militants introduced kidnapping for ransom and the Boko Haram insurgents brought with them suicide bombing, and recently, the herdsmen have razed down villages and destroying farmlands.

With Boko Haram in the North, herdsmen crisis in the middle belt and southern states, kidnapping all over the country and cult killings in some parts of Lagos, insecurity is set to be one of the campaign mantras come 2019. The present administration promised to tackle the Boko Haram crisis when they came in; a situation, they are still grappling with. The success recorded has been clouded by the resurgence of the insurgents and the deluge of other security challenges. Two years into the current administration, insecurity still remains an albatross, defying all forms of ingenuity and military strategy.

Candidates are however on the queue, some have started making moves to use the insecurity in the land as a major campaign currency, and rightly so.

Knowing this will be on the front burner, citizens ought to be readily aware of what they need candidates vying for political positions to focus on.

Until citizens identify such a candidate who can clearly articulate and resolve these issues, it behove them to take a breather before casting their votes.

“Sadly, women are only placeholders in Nigerian politics” | Top 10 quotes from Party...