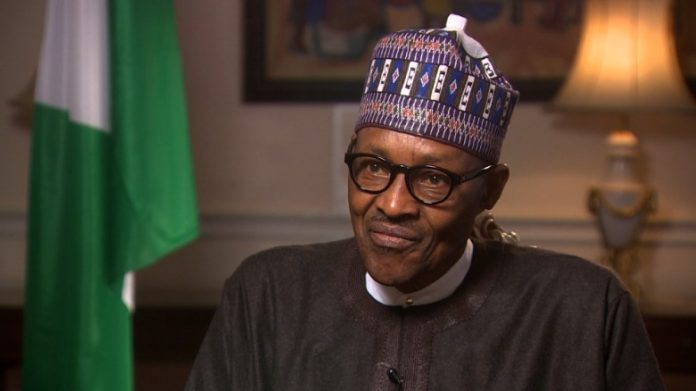 Before deciding on the 45 million naira it pegged its presidential aspirants’ Expression of Interest and Nomination forms, the ruling All Progressives Congress (APC) had proposed the sum of 55 million naira for both forms. The current fee implies that a presidential aspirant in the APC is expected to cough out a staggering amount, 375 percent more than that of the opposition People’s Democratic Party (PDP) which goes for N12m.

In 2014, Dr. Abdul-Jhalil Tafawa Balewa and Professor Akasoba Zainab Duke-Abiola both of the PDP were denied nomination forms after the party said it printed only one form. The PDP said former president, Goodluck Jonathan was its sole candidate, hence, its decision to print only one form. But this was after it received the sum of 22 million naira and 2 million naira from Balewa and Duke-Abiola respectively.

RELATED: Now that the President has declared, let the race begin

Now, the APC is adopting a similar tactic but using a different approach. The N45m price tag for presidential aspirants’ forms is absolutely ridiculous. This is coming from a party which campaigned on the mantra of change but has decided to adopt an arm-twisting playbook. There is no gainsaying that the APC presidential primaries will end up with a sole candidate – Muhammadu Buhari. This is due to the fact that the fee has been used by the APC to outmuscle other aspirants who may want to challenge the president for the party’s ticket. Being the incumbent president, Buhari has the party machinery under his arms and these aspirants will rather stay clear than waste their funds on a wild goose chase seeing that the APC hierarchy has already decided on its flagbearer. With all these, one wonders why its form is this expensive.

The price of the APC forms shows that the party and the president are somewhat hypocritical. Ahead of the 2015 elections, APC presidential aspirants were made to pay the sum of 25 million naira – a sum, General Muhammadu Buhari at the time allegedly couldn’t afford and needed to get a loan from the bank. The APC was also quick to criticise the decision of the PDP after the party printed only one nomination form for its presidential slot. This is a sheer show of shame and smacks of hypocrisy and intolerance, not to even talk of a clear absence of internal democracy within the APC.

More shocking is that the party chair, Comrade Adams Oshiomhole was a former president of the Nigeria Labour Congress – the umbrella organisation of trade unions in the country. Since he took over the reins of the party, Oshiomhole has taken it upon himself to hold all the aces within the party. When he is not insulting governors or senators, he is calling out ministers. He also assumed the role of the party’s de facto spokesman at a point. What is happening within the APC isn’t unexpected as Oshiomhole’s ascendancy to the position of party chairman came through sole candidacy after its former chairman, John Odigie-Oyegun was forced out by the power brokers within the APC.

It is sickening that this travesty of justice is happening under Oshiomhole’s watch because it is expected that he should fight for the cause of the middle and lower class within the party. But this is not the case. He is the executioner of a hypocritical decision.

The APC has made its decision and a “group” has gone ahead to purchase the N45m form for Buhari. The questions that should arise over the purchased form for the president are: “Who are those behind the group?” and “how did they raise the funds for the form?”; but more importantly, Nigerians should no longer fall for the presidency’s gimmick that Buhari and the APC are here to fight corruption or to deliver the needed change.

The actions of the ruling party may just be a pointer to the fact that the President is willing to do all he can to maintain his grip on power, but we may never know.

Should Nnamdi Kanu contest for president in 2019?