Home Politics 2019: Saraki joins the line of Presidential declarations that comes with controversy 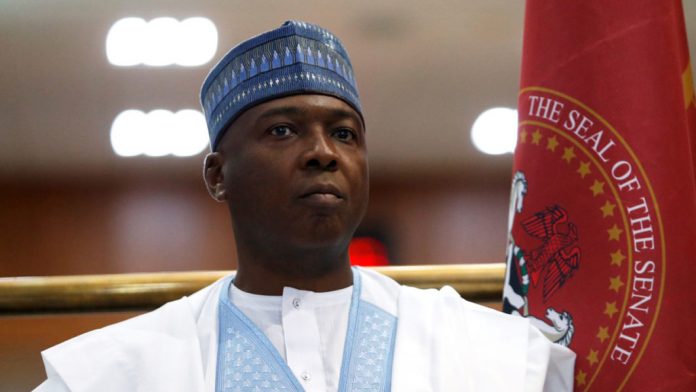 On Thursday, August 30, 2018, Senate President, Bukola Saraki declared his intention to run for the Office of the President in the forthcoming 2019 elections at the first edition of the Public Dialogue Series with Political Parties on Youth Candidacy and Party Primaries.

Saraki’s declaration has received widespread reactions with the Not Too Young To Run campaign berating him for his declaration at the event. The movement in a  statement released on its behalf by the Youth Initiative for Advocacy, Growth & Advancement (YIAGA), berated Saraki for “usurping a platform designed for young aspirants to dialogue with party leadership to advance his personal political ambition”, adding that it “strongly condemns this act by the President of the Senate and dissociates ourselves from this political move.”

But did the Senate President really usurp the movement’s “platform” for his political game?

Ndi Kato, a member of the People’s Democratic Party and the Secretary of the PDP Generation Next believes otherwise. Kato in a series of tweets dismissed YIAGA’s claim that Saraki usurped the event saying the “PDP paid for this hall and all logistics involved. How then can the party leader Bukola Saraki be accused of usurping a PDP event?”

1. As a young woman in the PDP, I feel slighted by this as it attacks our party leader without a background to the event in question.
This was a PDP Event for an interface between PDP youth and party leaders.@bukolasaraki is our party leader.

Kato, further released a statement where she said the event “was a meeting between PDP political aspirants and the party’s leadership”. She criticised YIAGA for “allowing itself to be used for political motives against the PDP”, wondering why the “body considers itself the authority on where political candidates should make their ambitions known.”

The controversy over who organised the event is coming just a day after Senator Rabiu Musa Kwankwaso was denied the use of the Eagles Square by the Federal Government for his presidential declaration.

One can only wonder how difficult it is to ascertain the extent of involvement of YIAGA and the PDP in the Senate’s president declaration.

Saraki for President is a real possibility now, but will he take the bait?

Godfathers are only as powerful as we let them be – Ferdy Adimefe speaks...