Home Election Lagos 2019: Ambode vs Sanwo-Olu is a new installment in Tinubu’s scramble... 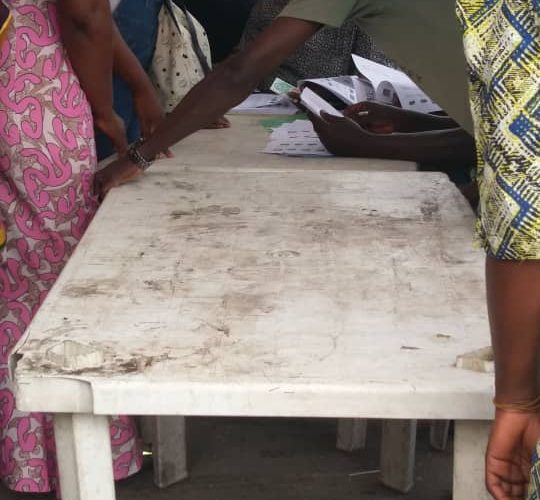 The air in Lagos is thick with anticipation. Posters of the main men seeking the APC candidature in the 2019 governorship elections have become more invasive on the streets all over the metropolis this past week and more ‘in the face’ of road users with every postponement of the party’s primaries. Incumbent Akinwunmi Ambode is in an awkward position, the first Lagos governor to have a serious challenger for his party’s nomination since 1999, and his challenger has got nearly all the blessings that crowned the Epe man at Alausa forty months ago. It is a stunning turn of events that has set up an interesting battle with a capacity to open a new vista in Nigerian politics.

RELATED: Who is Jide Sanwo-Olu, the man destined to take over Ambode’s mandate at the 2019 polls

Ambode’s position up to the first two quarters of this year has not really been as under threat. In his three years, his rap sheet includes bad handling of court injunctions against forced evictions, the disaster of how Visionscape came to be, unexplained increases in tolls and land use charges and the unmitigated floods of Lagos. Yet, like Babatunde Fashola before him, he was supposed to have a straightforward run through the party affairs, to focus on touting his infrastructural achievements in response to whoever the PDP presents. We now have confirmation that Ambode’s re-election aspirations will not proceed with any such ease; Bola Tinubu has grown dissatisfied with the accountant and is now banking on Babajide Sanwo-Olu to return to Lagos to the path that sees the actualization of the “master plan”.

The former governor drops subtle cues in his statement as to why Ambode has fallen out of favour. He says the master plan (whatever it actually is) was bestowed on him from two decades ago and it has pained him to see the incumbent deviate from it, hence his support for “a candidate in this primary who has served the state in senior positions in my administration, the Fashola administration and even in the current one”. He thinks Sanwo-Olu “knows the value of reaching out and working with others in order to maximize development and provide people the best leadership possible”, which can be read as a polite way of blasting Ambode for keeping a closed door at Alausa especially as relates to contracts. This primary, he says, “will return Lagos to its finest path”, as though Ambode’s three years has been a journey through the wilderness.

RELATED: The Osun re-run poll and  the many lessons Nigerians must learn before 2019

Tinubu does his best to not directly pit his wits against Ambode, referring to the process that will produce the APC’s candidate as the party’s next step in its evolution towards internal democracy, but there is no escaping the underlying tone that the master has planned and so shall it be. Fifty-three-year-old Sanwo-Olu is the new darling of the Jagaban and Ambode would know how safe that feels. It would not matter a lot that he spent or did not spend fake dollars or that some files at a general hospital indicate mental health challenges. The governor, as he showed in his press conference, is absolutely terrified of what might be his legacy as the first Lagos state governor of the fourth republic to serve only one term.

To not go down without a fight, Ambode has little to do outside of going the populist route. However hard he chooses to hit Sanwo-Olu, the party leader’s say in these primaries will have as much impact as it did in his favour in 2014 when he was anointed to replace the outgoing Fashola. Hence, a desperate Ambode would have to go as far as questioning Tinubu’s grip on Lagos to stand a chance of remaining as the state’s chief executive beyond May 2019. Whether the public buys into what will be a stunt from which he cannot come back from is another matter but, as they say, you miss one hundred percent of the shots you do not take.