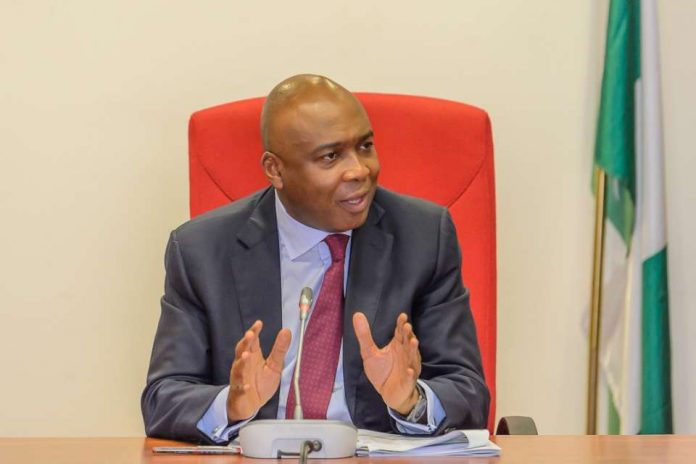 Over the past few days, Nigerians on Twitter have been expressing their thoughts on videos of Senate President Bukola Saraki interacting with young professionals in Lagos.

The short videos posted on Thursday by Twitter user @dondekojo, received varying reactions, as some praised the brilliance of the Senate President and Presidential Aspirant’s ability to engage Nigerian youth on important national issues constructively, while others were indifferent.

The Presidential aspirant touched on burning issues such as the economy, foreign investor relations, restructuring, innovation as a key government requirement, and his stewardship as Kwara governor.

See some of the tweets below:

Credit to Saraki, he is intelligent and articulate. He clearly understands what makes an economy grow.

But, he still needs to publish the NASS budget, sack his aide & explain why he supported a divisive socialist in 2015. https://t.co/CTojeZYO1A

we don't want private sector.. rubbish we are dying with exorbitant charges from The private driven Power DISCOS with estimated bills without power..
Private sectors player are mostly corrupt Nigerians.. Until we have a competent oversight body to checkmate D private sector

I won’t lie, this man speaks so eloquently (though that’s not the most key requirement for leadership) but at least we can brag of a smart president if he’s elected. https://t.co/O5lPGZ10JC

When you see a candidate that has something to offer you’d know. See the effort he is making to sell himself while some others believe they are doing Nigeria a favour. Saraki remains a good option to rescue Nigeria form this lifeless administration. #GrowNigeria https://t.co/7D5T5VdxQ4

If you are looking for reasons to vote Saraki
Here you go.
I'd definitely take a President capable of engaging the media and addressing situations than one that claims to use body language that is now oozing of bad governance. https://t.co/f1LPakFcXO

I think he spoke of issues with visible examples of what he had tried in Kwara which are verifiable. I served during there during my NYSC and I can tell you from few things I saw. Made strides in Agriculture, Aviation, Sports (Jobs) even their roads & environment were good.

Kai, we deserve an intelligent man like this to lead this country. https://t.co/tq5oQdf7ea

Good one! @bukolasaraki should take this engagement to Universities and public gatherings. He should also challenge Buhari to a debate anytime he is engaging young Nigerians like this. https://t.co/2wNXVYC980

Buhari should just give this man the baton and rest. https://t.co/2pBEwAmKtK

I like to see leaders create time & space to meet with young minds & interact in a no-holds barred manner.

It allows everyone assess your depth – are you a puddle, a pond or an ocean?

This is what democracy should look like. I’m proud that @OfficialPDPNig is leading the charge. https://t.co/P6IPGG2S72

Poverty and insecurity depleting Buhari’s support base in the Northwest