Home Politics Like Jonathan, Buhari does not deserve re-election 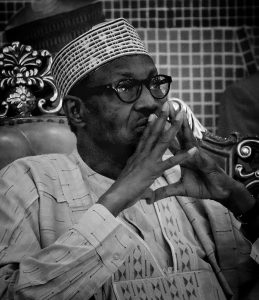 The nation woke up on Sunday to the horrific news of bloodbath in about 6 villages of Plateau, across 3 local government areas where no fewer than 120 persons and several others were wounded, alongside arson on fifty houses, two cars and 15 motorcycles following attacks on the communities by suspected herdsmen.

As expected, top public officials including the President and the heads of the National Assembly have condemned the attacks in various statements.

Yes, we have condemned but these statements of condemnation have done little to bring to a halt these brutal assaults on innocent citizens.

While this incidence may not be the first to have happened in the country (or even in the North Central) carried out in a similar manner, this, in particular, stands out as one with perhaps the highest display of impunity in the land.

Needless to say, the killings and wanton destruction of properties in Nigeria since 2015 have become a norm, it remains a wonder that nothing reasonable has been done about these crimes carried out by people who not only live with us in the same country but have openly claimed responsibilities for these attacks.

Worse still, the Federal government wants us to acknowledge and celebrate a technical defeat of Boko Haram terrorists while we keep quiet about the near cleansing of citizens whose only offence is owning farms or their state government enacting laws to protect the lives of its residents.

Ever since the killings have begun, no concrete action has been taken by government towards bringing the crisis to an end, beyond the usual visit of the President after pressure from Nigerians, where he appeals for calm and tolerance among inhabitants of the embattled communities and feigning ignorance of the statements made the Miyetti Allah group who have never failed to claim responsibilities for the attacks.

Nigerians are fed up of seeing a President visit a people downtrodden by the slaughter of their fathers, mothers, wives, husbands and children; walk down a red carpet to the stakeholders summit held to resolve killings of innocent Nigerians.

Nigerians are tired of hearing and seeing supposed Chief Security Officers of their state go cap in hand to the Presidential Villa to beg for the protection of people they swore an oath to protect.

Nigerians are frustrated hearing the President and Commander-in-chief they elected feign ignorance of critical security issues in the country and an embattled governor being addressed as drowning by the Police spokesperson because he speaks for his people.

Notwithstanding the nauseating fact that the Defence Minister, Mansur Dan-Ali, who has on several occasions made statements that suggest he is a spokesperson of the Miyetti Allah Cattle Breeders Association, is still occupying his position.

Co-convener of the Bring Back our Girls Group (BBOG), Dr. Obiageli Ezekwesili rightly pointed out during her one-man protest to the Presidential Villa on Tuesday that the President should reveal the identities of all the perpetrators of all the killings that have happened under his administration in Plateau, Benue, Taraba, Kaduna, Zamfara, Adamawa, Nasarawa, Kogi and other states.

“End the incompetence of the security agencies and to stop rewarding their leadership,” noting that about 1,196 Nigerians had died in the past five and a half months.

Nigeria, at this time seems to have a President, despite being a former military general who more than anyone knows that strategies for success at battles are appraised and re-appraised from time to time, who sees no need to change the security chiefs under whose watch these killings have happened.

Nigerian Air Force jets bombed an IDP camp near the Cameroonian border in Rann, Borno, believed to be a Boko Haram encampment leaving at least 115 people dead, and over a 100 others injured. Nigerians are yet to be informed on who gave the order. No one has been fired. No one has been questioned. The presidency seems to have moved from the issue like it never happened.

110 schoolgirls from the Government Girls Science and Technical College (GGSTC), Dapchi, Yobe were kidnapped by Boko Haram terrorists, in the same manner (even more brave in this case) that the 2014 kidnap of 276 schoolgirls in Chibok, Borno took place, which formed part of the reasons the former President Goodluck Jonathan failed to win re-election. All but one of the Dapchi girls were recovered, and five were killed – a situation that should never have happened.

Like it happened before, many Nigerians who are clamouring for President Buhari to “complete his 8 years” fail to recognise that just like trust in relationships, being re-elected to office for a second term is neither a gift or guarantee, it is to be earned.

While we mourn the dead and sympathise with the injured as well as their families over these dastardly acts of terrorist herdsmen, it must be stated that the Commander-in-Chief has failed this nation, he doesn’t deserve to speak of re-election, let alone stand for it.